loading...
(adsbygoogle = window.adsbygoogle || []).push({}); Is it possible to receive messages from the future ? - Algeria latest news 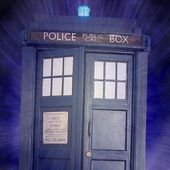 A physics professor is constructing a time machine capable of picking up messages from the future.

When it comes to science fiction technologies, time travel is proving to be a tough nut to crack.

While the concept has featured heavily over the years in science fiction films and TV shows such asBack to the Future, Dr Who and Star Trek, most scientists subscribe to the belief that travelling backwards in time and interacting with past events is fundamentally impossible.

But what if instead of travelling in to the past you could simply send a message ?

This is the basis for a new machine being developed by Ronald Mallett, a physics professor at the University of Connecticut. Inspired by reading the H.G. Wells classic The Time Machine, Mallett is hoping to build a device that can pick up communications sent back from the future.

The contraption, which will cost an estimated $250,000 to build, could open the floodgates to a vast network of data being sent back in time for the people of the present to read and benefit from.

"By using a circulating beam of laser light, I have been able to mathematically show that this can lead to a twisting of space and time," he said.

Whether the finished device will ever actually pick anything up however remains to be seen.