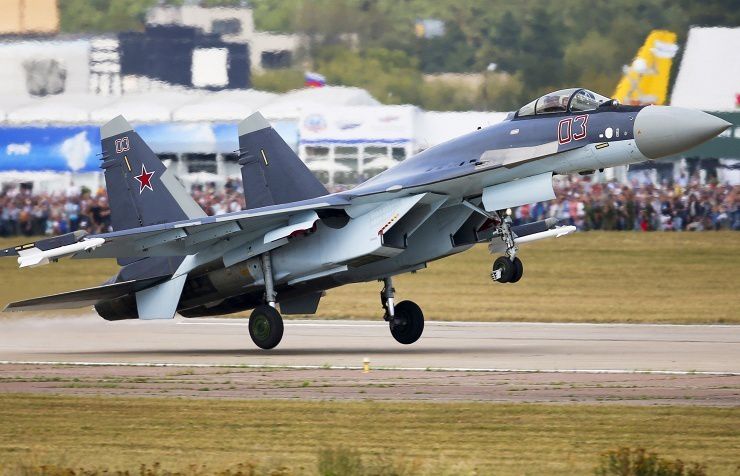 MOSCOW, January 15. /TASS/. Russia will start supplying Su-35 fighter jets to China in the 4th quarter of 2016, a military-diplomatic source told TASS on Friday. "Supplies of fighter jets will start in the 4th quarter of this year. For now, everything goes according to plan," the source said. It was reported earlier that Russia and China signed a contract on delivering 24 Su-35 fighter jets worth at least $2 billion to Beijing. According to a source in the sphere of military-technical cooperation, the contract will be fulfilled in three years. Russia’s United Instrument Manufacturing Corporation told TASS that the production of modernized communication systems S-108 for Su-35 jets has already started.